Professor of Business Analytics Sandjai Bhulai of the VU Amsterdam and professor of Applied Mathematics Rob van der Mei (Centre of Mathematics & Computer Science / VU) have won the Huibregtsen Award (Huibregtsenprijs) 2021 with their research project 'Mathematics for a safer and healthier Netherlands'.

The Huibregtsen Award was established in 2005 by the board of the Foundation The Evening of Science & Society and named after ir. Wouter Huibregtsen. The prize is intended for a research project that is scientifically innovative and that offers a convincing view of a social application.

"Concerning this project, the judging panel wrote: ‘The mathematical solutions presented are efficient and elegant, but truly exceptional in the field are the lengths Bhulai and Van der Mei have gone to to ensure their work is put into practice. Thus, while piloting the new ambulance scheduling system, the researchers were very attentive to feedback from EMS nurses to ensure the system would be workable for them.’ The judges were also impressed with Bhulai and Van der Mei’s teamwork and their outstanding partnerships with a myriad of societal partners. As the panel noted, ‘This is mathematics for the real world’." [2]

"Sandjai Bhulai and Rob van der Mei have been working together for more than twenty years to devise mathematical solutions to a wide array of societal challenges. A case in point is ambulances, which are supposed to arrive at the site of an emergency in fifteen minutes or less, but don’t always manage to do so. Bhulai and van der Mei came up with a new scheduling method that reduces late arrivals by 25 to 30 per cent. Their method has been implemented in a number of the ‘safety regions’  in the Netherlands already, and also lends itself to fire, police, roadside assistance and maintenance services." [1, 2]

In a talk (in Dutch) for the Dutch University (Universiteit van Nedereland) Rob van der Mei explains some of the innovations in their scheduling algorithms. An important innovation in their method is called dynamic ambulance management. Ambulances are located in stations, when an incident is reported an ambulance will be dispatched and if necessary it will bring the patient to the hospital. After bringing the patient to the hospital, the ambulance will in general return to the station and wait for a next call. In dynamic ambulance management ambulances may be actively relocated from one station to another. This can be very helpful when some stations are located in places with a higher demand and their ambulances are occupied.

In 2016 the CWI spin-off company Stokhos was launced. Stokhos provides software solutions for proactively relocating emergency services based on future expectations. The company is the result of scientific research by the Stochastics group of the CWI and in collaboration with Delft University of Technology.

"The Seconds Application calculates the coverage of a region in real-time and gives advice to maximise the probability that future incidents are reached within the set response time targets." 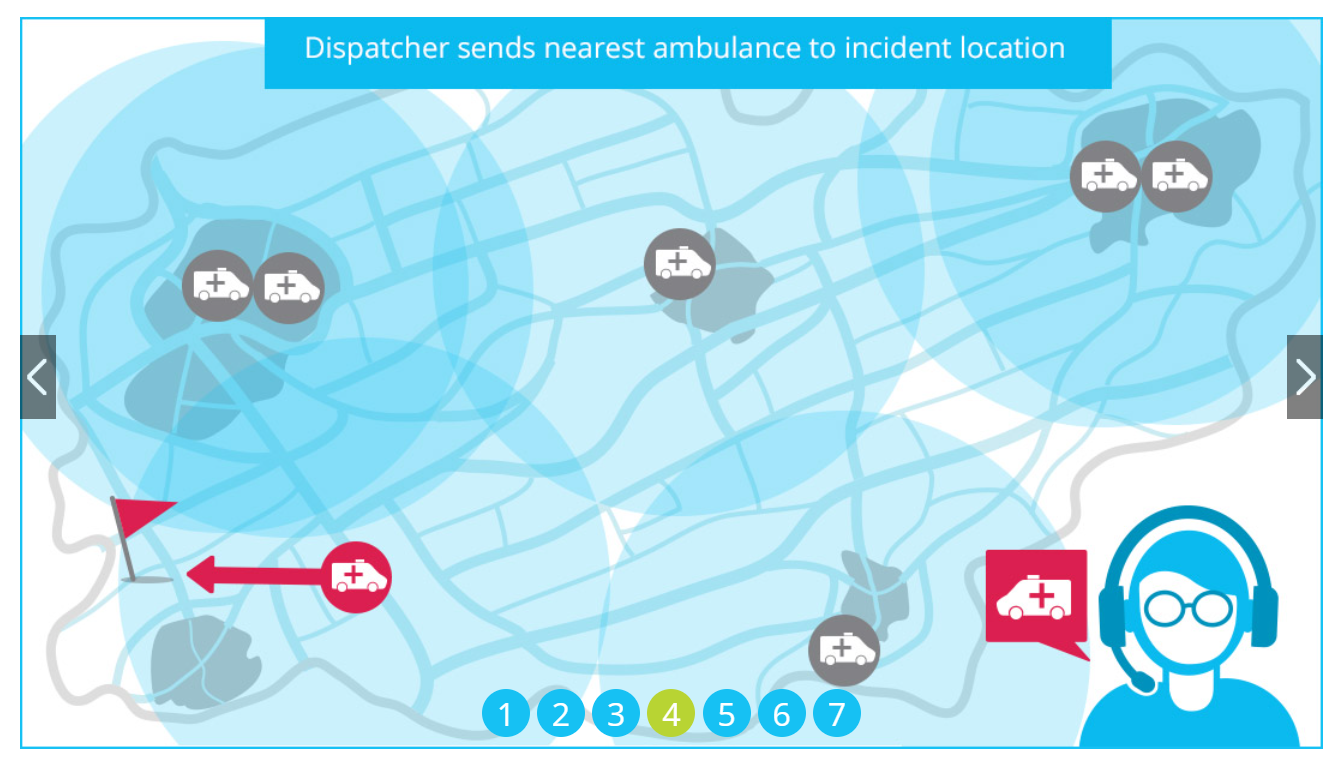 A visualization of how the application works on the website of Stokhos.

[1] Press release of the VU Amsterdam.