In the end of January the Dutch Academy of Sciences and Arts (KMAW) organizes the "Evening of the Abel prize", a yearly event with as goal to discuss aspects of the research of the latest Abel prize laureates. The event is meant for a general audience and it is a unique opportunity to hear about modern mathematics! This time the event has an extra special touch as both prize winners will be present and speak about their work in front of a wide audience.

Program of the event 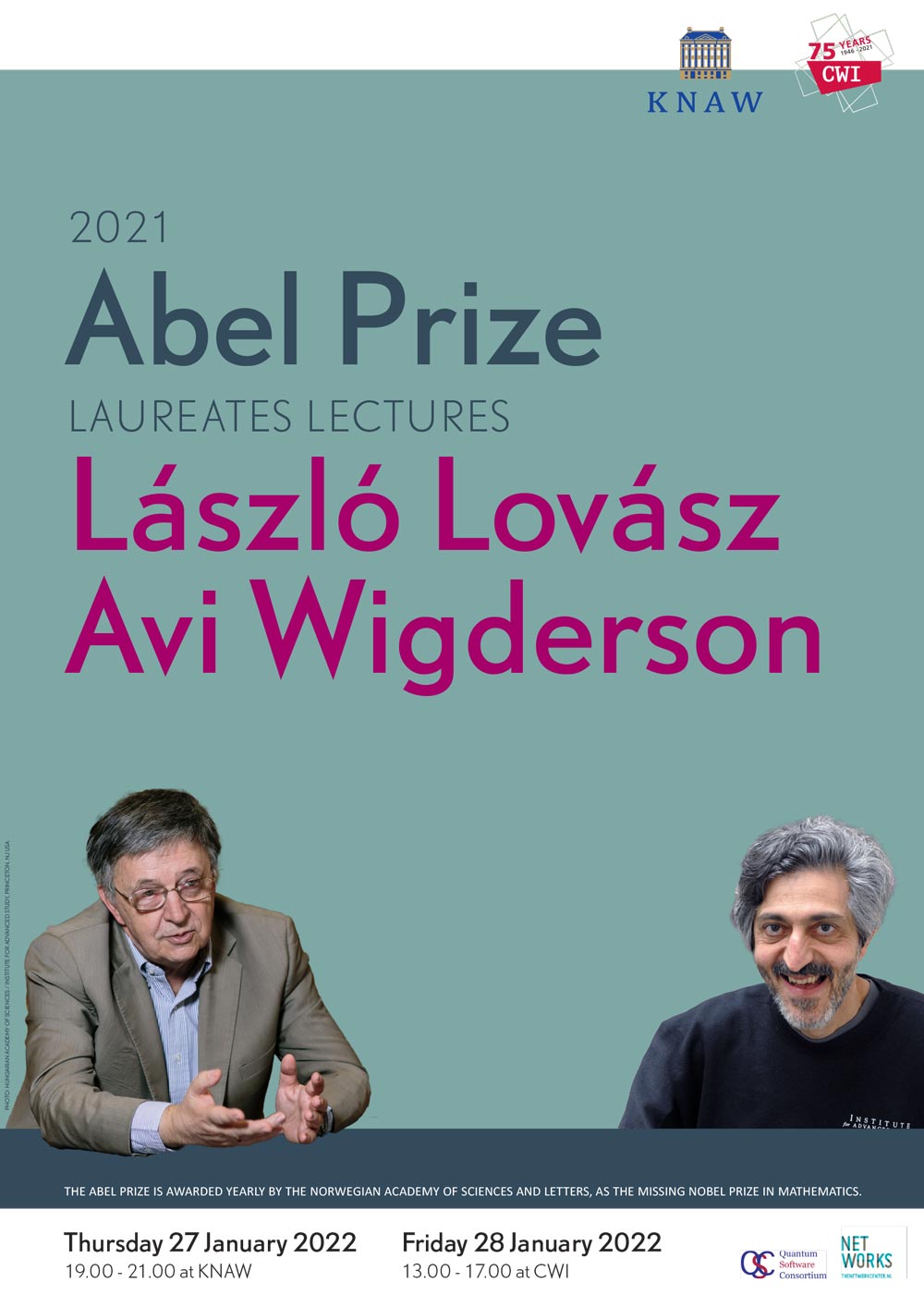 The event organized by the Academy is intended for a general audience. On Friday 28 January 2022, CWI organizes an event with lectures by the two Abel Prize laureates, together with three accompanying talks by researchers inspired by the achievements of Lovász and Wigderson. These lectures are directed to scientists and will be more focused on the technical aspects and the details of the work of Lovász and Wigderson.

A live video stream will be offered. This event is freely accessible after registration. For more information you can have a look at the website of the CWI. The program can be found below.

More information about the speakers and their talks can be found on this page.