Networks participation at SWI with a TNO problem

“Analyzing and Predicting Impact Created by Accidents on Road Networks”

On January 23-27, 2017, the Study Group Mathematics with the Industry (SWI 2017) took place in Amsterdam. Networks participated in the SWI 2017 event with a problem which combined the various scientific areas represented in Networks, and also with Networks people. Together with the Netherlands Organization for applied scientific research TNO, Networks proposed a problem on the analysis and prediction of the impact created by accidents on road networks. 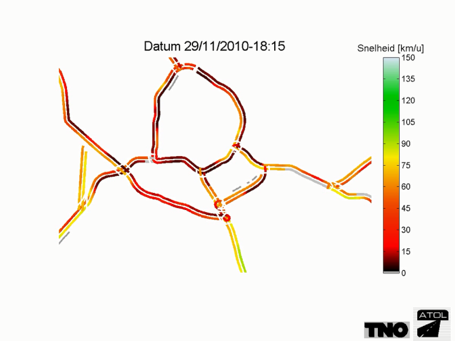 The objective of the problem was to:

A group of mathematicians worked around the clock throughout the SWI 2017 week formulating the groundwork towards the solution of the problem. More information on this solution will be posted on the site after April 1, 2017, when the SWI 2017 proceedings will become available.