Degrees in graphs I: the Handshake Lemma

A graph consists of objects called vertices and connections between them called edges. For every vertex, we can count how many neighbors it has, which is called its degree. In the following video (in Dutch), Prof. Remco van der Hofstand explains why the degrees in a graph play such an important role!

In the basic notions, this is explained in more detail. In this article, we discuss simple graphs, meaning that there is at most one edge between any pair of vertices and there are no self-loops that connect a vertex to itself by an edge. 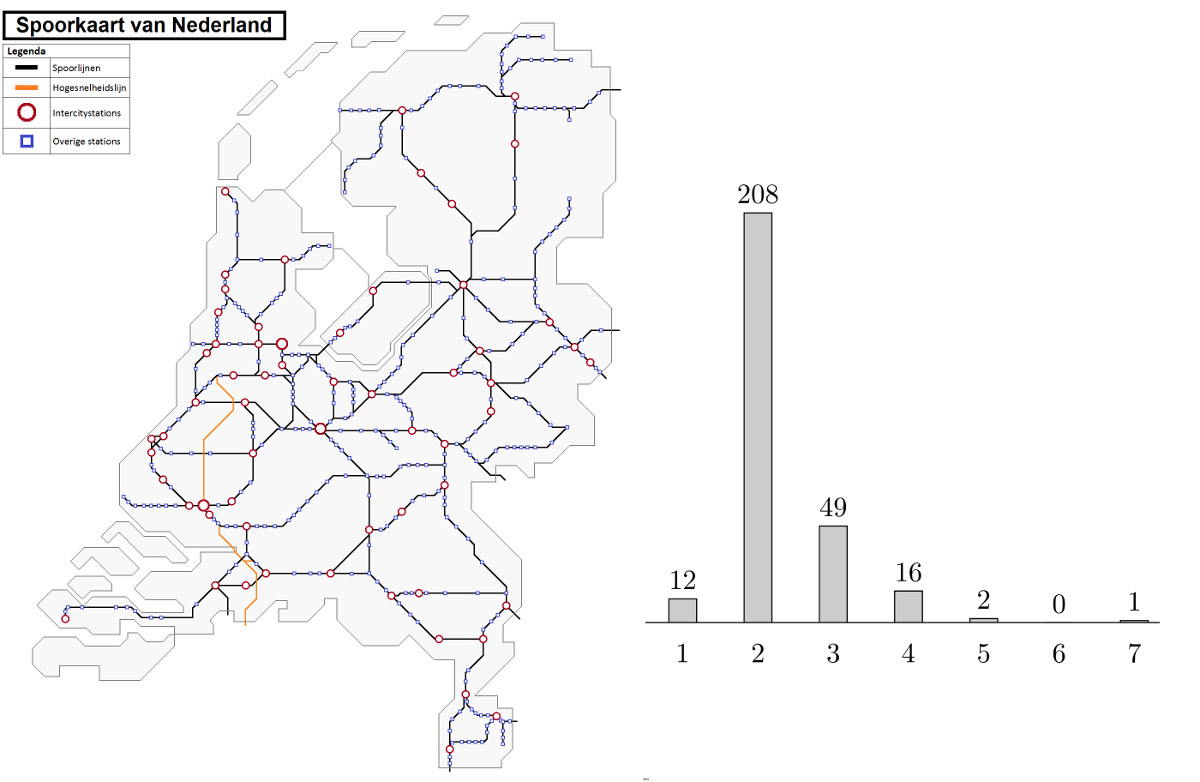 Dutch railway network and the degree histogram. The degree of a station corresponds to the number of other stations that are directly connected railway to the station. Picture of the railway network was done by Dennistw (Own work) [CC BY-SA 4.0 (http://creativecommons.org/licenses/by-sa/4.0)], via Wikimedia Commons

total degree of all vertices = 2 x total number of edges

This is called the handshake lemma, since if we model whether pairs of people have shaken each other’s hands as a network, then the sum of the number of handshakes over the people is again an even number that equals twice the number of handshakes. The handshake lemma is even true in cases where pairs of people can shake each other’s hands arbitrarily often.
How can we see that the sum of the degrees in a graph equals twice the number of edges? Well, looking at some simple examples certainly helps. When we only have one edge in the graph, it means that all degrees are zero except for the two vertices that are in the end. Thus, the sum of the degrees equals two, which indeed is twice the number of edges in the graph. However, this is only a very simple example. Try it yourself in the simple network in the figure below: 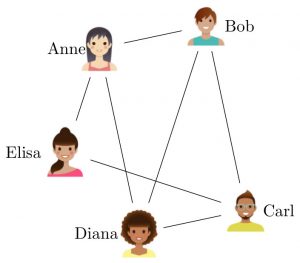 total degree of all vertices = 2 x total number of edges

holds in general.We have now seen what the degrees in a graph are, and have formulated two simple properties that such degrees must satisfy: no degree can be larger than or equal to the number of vertices in the graph, and the sum of degrees needs to be even. In the next part, that will follow soon, we further investigate degrees in graphs.