The body-clock is a cluster of neurons connected to the eyes that dictates the rhythm of most bodily functions.

For example, the body-clock, technically known as the Suprachiasmatic Nucleus (SCN), regulates the release of a hormone that determines when we wake up and when we feel sleepy. Research into the function of the body-clock is important: the 2017 Nobel prize for physiology or medicine was awarded to three scientists (Jeffrey Hall, Michael Rosbash and Michael Young) for their significant contributions to the understanding of the inner workings of the body-clock.

An abstraction network representation of two communities of neurons

The neurons "fire" in a periodic way. This means that they pass through a variety of states, culminating in the release of electricity before the process starts again. In order for the body-clock to function optimally, the firing of the neurons needs to be synchronized to some degree. This is achieved because each neuron reacts to the neurons firing around it, by adjusting the moment at which it fires itself. Many experiments have been done to understand the structure and functioning of the SCN better.

After the animal displays a regular pattern, one can change its environment, for example, by exposing it to constant light. This leads to an interesting phenomenon. In some cases the animal will start being active in two periods during the day. Recently, some authors have argued that this is due to the neurons in each community of the body-clock being synchronized within the community but anti-synchronized with the neurons in the other community. This state of the body-clock is called the phase-split state, and the activity pattern observed during the transition to this state can be either smooth or chaotic.

To gain a better understanding of synchronization these experiments are supplemented with mathematical models, which can guide setting up the experiments. One of the mathematical models used to describe synchronization was proposed by Kuramoto in 1975 and this model has been widely studied since then. To reflect the structure of the body-clock, we analyze in this article what happens if we consider the Kuramoto model on a two-community network.

Below we show how the Kuramoto model on a two-community network works and what it revels about synchrony. We do this in two two self-contained ways: using mathematics and using an interactive animation. Feel free to choose which one you prefer to read first! 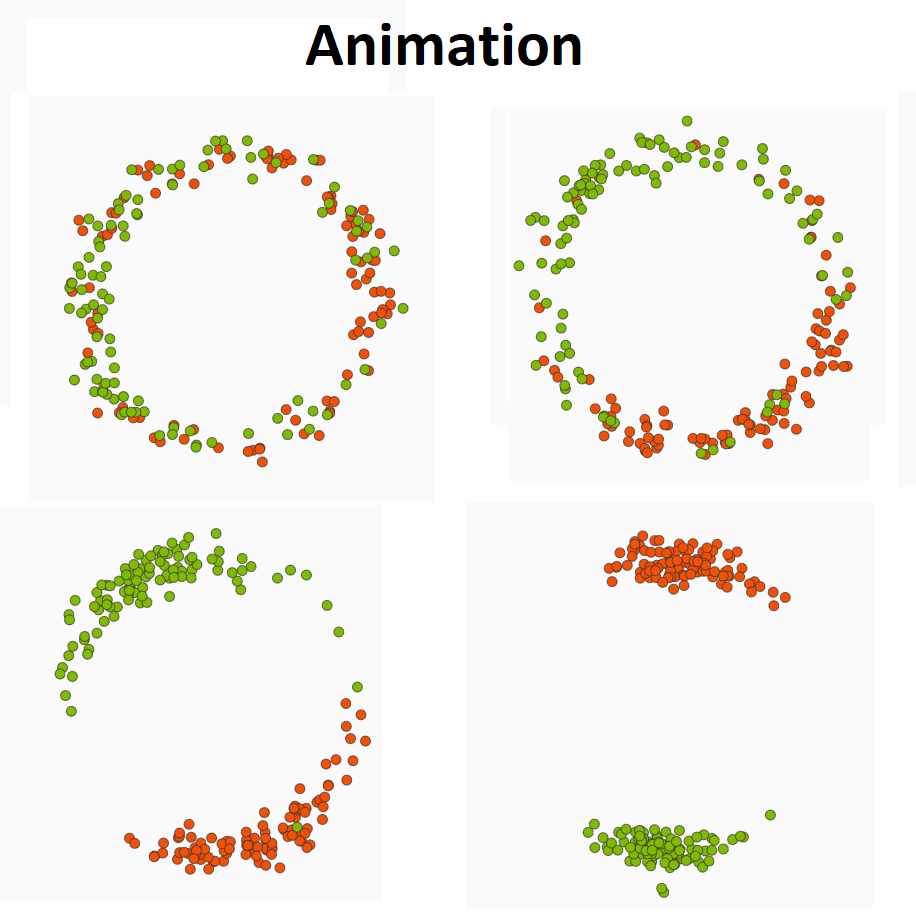 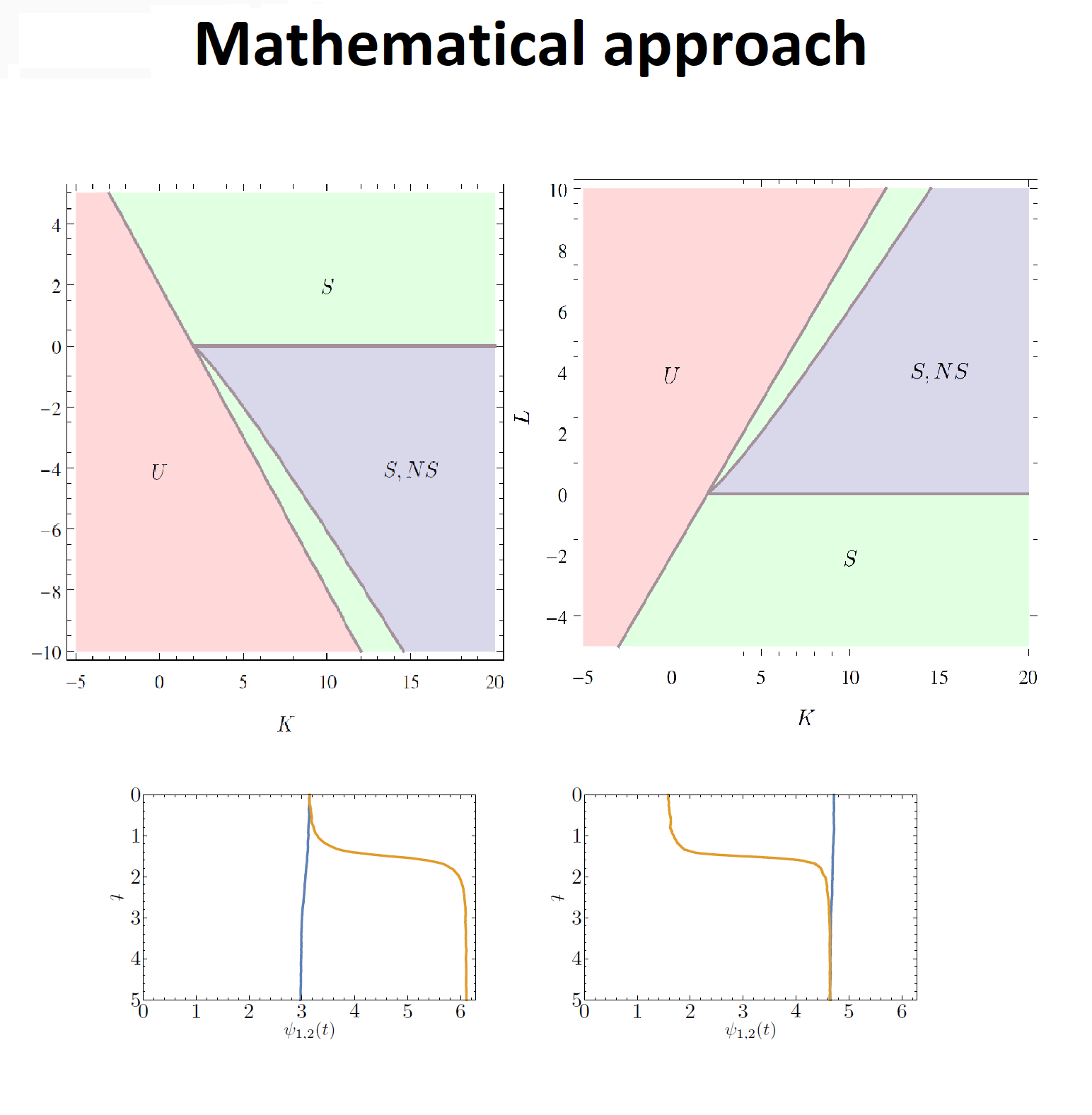 The body-clock is a complex network of neurons that is difficult to model mathematically, due to its many intricacies. Above we have seen that we can gain some understanding by using mathematics and simulations, but also that experiments uncovering an interesting phenomenon can play an important role in guiding mathematicians in making choices about which questions are interesting and worthwhile to study.