Mathematical rulers in Game of Thrones

Game of Thrones is the most popular tv series of recent times. The complexity of the show is incomparable to any other popular film or tv series: season one already contained 127 characters. Because of the short life span of the characters, ‘only’ 75 remain in the final season. The characters live in different parts of the world, and who the protagonists are changes with the season (usually because a character dies).

To compare: the eight Harry Potter films have three protagonists, who mostly stay together. The four protagonists of Desperate Housewives live in the same street for eight seasons. In short, keeping up with Game of Thrones is a real challenge for your brain! This challenge is nice of course, but it does not make the show easier to follow. Who, out of all characters, is the real protagonist? Every fan probably has his or her own opinion, but it would be nice to end this discussion once and for all by using objective arguments.

A network of characters

Luckily, network science can help us out here! You can visualize all connections of characters of the tv show in one network. Every character is a point in the network. A connection between two points can mean two things: either the characters appeared in the same shot, or one character talked about the other one. Characters who are long dead can also appear in the network in this way, as long as sufficiently many people talk about them. 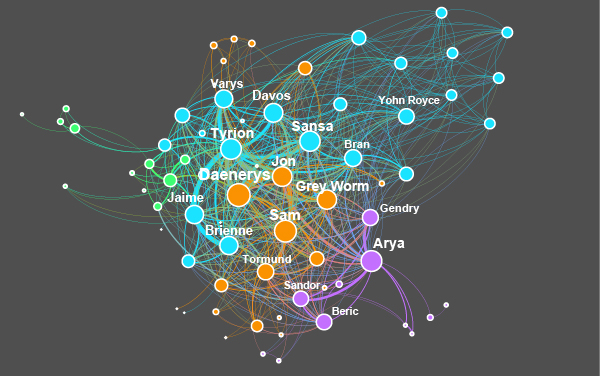 Figure 1: You can visualize all connections of characters of the tv show in one network.

Who are your connections?

We use this network to find out who the real protagonist of Game of Thrones is. On first sight, we can achieve this by counting who has the most connections. Sam, member of the Night Watch, then ends up in the first place.

Google and Game of Thrones

And the winner is…

In Figure 1, the size of the character indicates its CharacterRank. Danaerys has the highest score, so mathematically speaking she is the real protagonist! Sam ends in second place, and Arya is third. Catelyn Stark, only mentioned by other characters because of her early death, and Martha, a kitchen girl who spies on Danaerys share the last place. Mathematically speaking, they are the least important in the story.

Was Game of Thrones always this complicated? Probably not, if you look at the network of season one. This one is a lot simpler, even though it contained more characters. Danaerys still has her own group of people around her, and does not have many connections with the Stark family for example. Jon is still a watcher on the wall on the outskirts of the world, and he does not have a lot of contact with the rest of the world. Sam, one of the main protagonists of season eight, does not even appear in the network yet.

All different groups of characters in the season one network clearly have their own protagonist, but they do not interact much. In season eight this has completely changed: Danaerys and Jon are in the center of the network now. And where Ned was the most important character in season one, he clearly reached his peak too soon: after his death in season one he is still mentioned by other characters, but his importance has clearly ceased.

So mathematically speaking, the best strategy to survive Game of Thrones is to first hide yourself in one of the outskirts of the network. Then you can show yourself in the fights of the later seasons, to become the mathematical ruler of the iron throne.