How many colors do you need to color a map?

Jasper Konijn June 26, 2022Articles, Let me show you the math!, Mathematical theory
A mathematician once told me that problems that are very simple to state can be very deceiving, and sometimes turn out to be extremely difficult to solve. One such problem was the Four Color Problem.

We will take you back to London, it is October of 1852, a remarkably wet autumn according to historic weather archives, with a lot of rainfall, even for English standards. Students probably stayed inside and talked about their studies, worked on problems, and tried to find answers to tantalizing questions.

Francis Guthrie was studying mathematics and botany at the University College London. He was described as a warm-hearted person, good-humored, patient and unpretentious, and with broad interests. Maybe it was on one of those rainy days that he sat on his desk, took a map of the counties of England, and started coloring it. His goal? He wanted to paint all counties using only four colors, such that, any two counties sharing a border would be colored with different colors. Was he curious whether this was possible? Or did he just have four colors available? We will never know. What we know is that on the 23rd of October a mathematical problem was conceived, a problem that would need more than a century to be solved!

In any case, on the 23rd of October, he conjectured that the regions in any map you can think of can be colored using at most four different colors. This conjecture stayed in history as the Four Color Problem, or nowadays known as the Four Color Theorem.

Below the map that Francis Guthrie painted in 1852, can you paint it using only four different colors? What happens if you try with three colors? 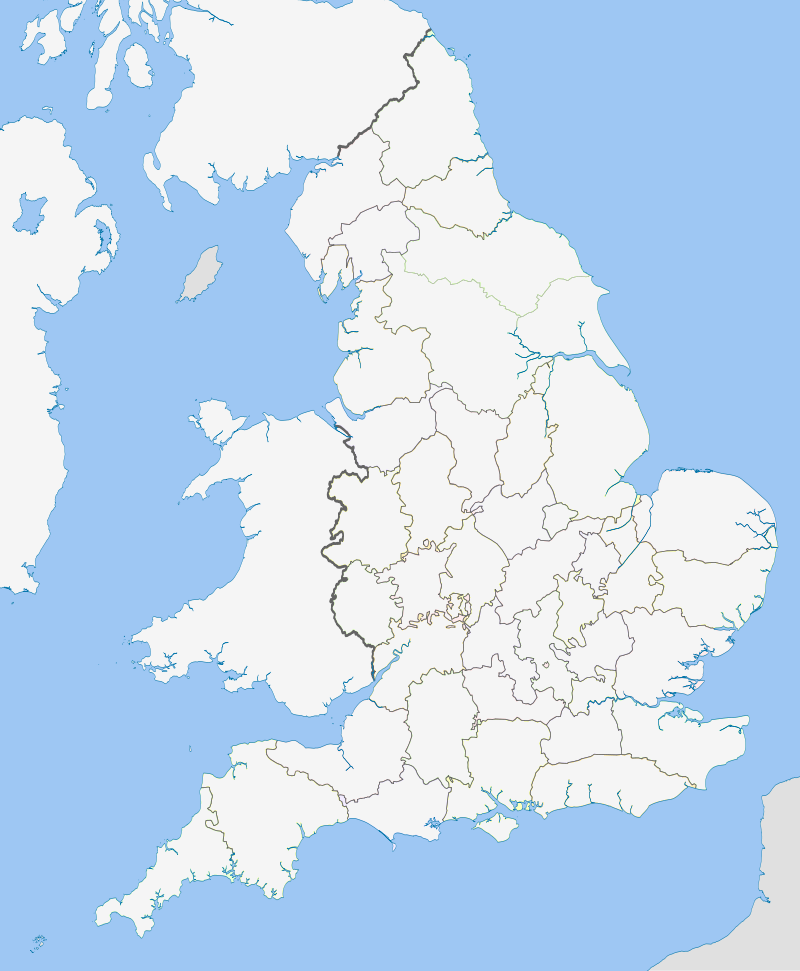 A hundred and twenty-four years after it was conceived a definite answer was given to the Four Color Problem. Yes, this conjecture is true! But the discussion was not over yet. Why? Because a computer was used to verify some steps in the proof of the Four Colored Theorem. And many mathematicians didn't like this.

In this article, we will highlight some mile points in the history of this problem, discuss how the problem was solved, and show how computers were used to do some dirty work for us.

A century of efforts

To prove this conjecture mathematicians translated it into a mathematical problem on graphs. This was done as follows, given a map that is divided into regions, we place a vertex inside each region of the map, and draw an edge between two vertices when the corresponding countries share a border. On the map of England, you would then get the following drawing. 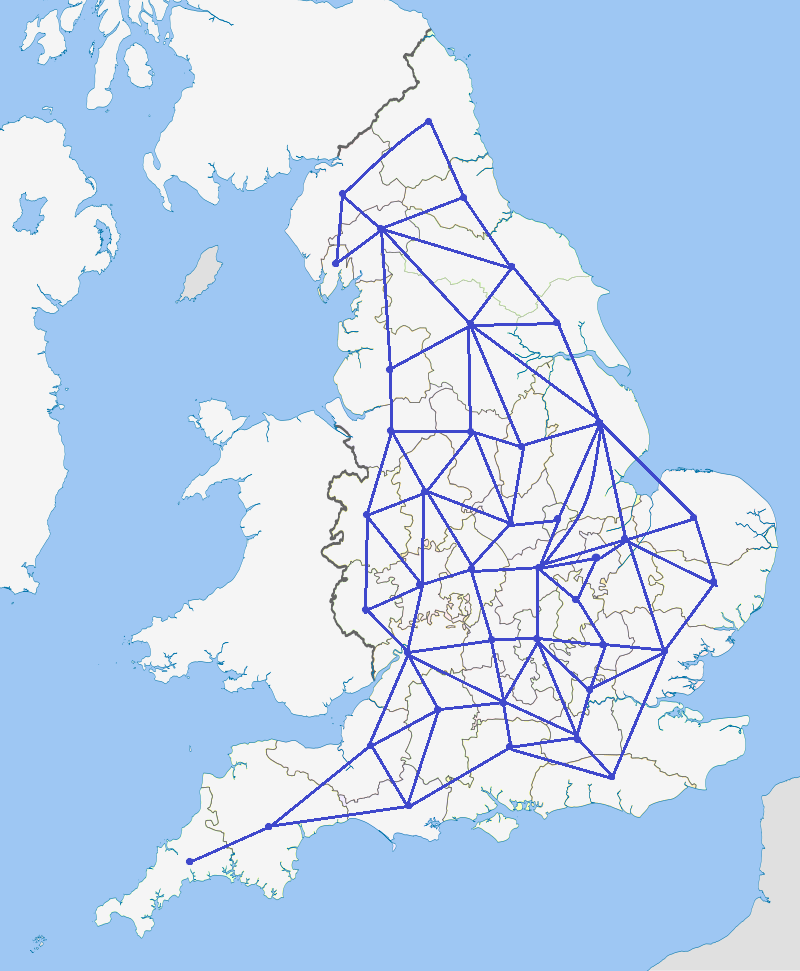 The graph that we have obtained has an amazing property, it is planar. A graph is called planar if it can be drawn on a piece of paper without crossing edges. Since borders do not cross each other, every map corresponds to a planar graph. Vice versa, every planar graph can be considered as a map of (imaginary) countries.

The Four-Color Theorem states that the chromatic number, i.e. the least number of colors needed to color a graph such that vertices sharing an edge don't have the same color, of any planar graph is less or equal to four. Consequently if someone can prove this mathematical statement on planar graphs, then you have shown that any map can be colored using four colors.

Four Color Problem on maps
In any map possible, all the regions can be colored using at most four colors. Two regions sharing a border never have the same color.
Graph theory problem
Any planar graph has chromatic number less or equal to four.

There were several early failed attempts at proving the Four-Color Theorem. The most famous proof was given by Alfred Kempe in 1879, and it was not until 1890 that Kempe’s proof was shown incorrect by Percy Heawood. In addition to exposing the flaw in Kempe’s proof, Heawood proved the Five Color theorem, which states that every planar graph can be colored with five colors (on Wikipedia you can find a nice argument about this result). Almost there, we just need to remove one of the five colors!

Many concepts in modern graph theory, for example, the chromatic polynomial, were invented in an attempt on proving the Four Color Theorem. During the 1960s and 1970s, German mathematician Heinrich Heesch developed methods using computers to search for a proof.

Notably, he was the first to use a mathematical technique called the Discharging Method in trying to prove the theorem. Others took up his methods, and on June 21, 1976, Kenneth Appel and Wolfgang Haken announced that they had proven the Four Color Theorem using the Discharging Method.  A hundred and twenty-four years had passed from that rainy night this problem was conceived by Francis Guthrie, and finally an answer has been found.

In the follow up, we globally discuss which were the main ideas behind the proof of the Four Color Theorem, and discuss in more detail, but without technicalities, how the Discharging Method works.

In the proof of the Four Color Theorem, some important mathematical techniques were used. To start with, it is a proof using a contradiction. A proof by contradiction goes as follows, you want to prove statement A, then you suppose that statement A is not true, and then after well-chosen logical steps, you deduce that this would lead to a contradiction. Hence statement A has to be true.

Mathematicians supposed that the Four Color Theorem is not true and tried to see what the implications would be, hoping to find a contradiction. If the theorem is not true then there has to exist at least one planar graph that has chromatic number at least equal to 5. Such a graph would need at least 5 colors to be painted.

The road to the contradiction

Let's start from the minimal counterexample we discussed above. This is a graph that is not 4-colorable and has the least amount of vertices among all graphs that are not 4-colorable. The next step is to find some necessary conditions this minimal counterexample has to satisfy. The nature of the necessary conditions found for the Four Color Theorem is quite technical and we will not describe them here, however, this step can still be done using only pen and paper. No computers are needed yet.

The following milestone in the proof is to find a so-called set of unavoidable configurations. This is a list of smaller graphs, such that, every graph that satisfies the necessary conditions and is not 4-colorable must contain at least one graph from this list. Hence also the minimal counterexample has to contain at least one of these unavoidable configurations. Until now you must start feeling this solution to the Four Colored Theorem is very complex. Moreover, making sure that all arguments are air-tight was a very cumbersome endeavor.

Charging and Discharging a Graph

In the charging phase we undertake two actions, namely: 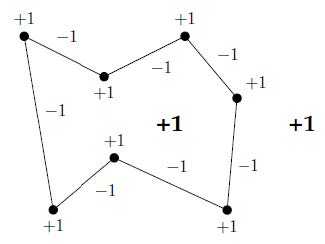 The discharging phase follows and the following two actions are taken:

In the graph with the initial charges shown above we can, for example, define the following discharging rule: each vertex and each edge gives all its charge to the face immediately to its right. This discharging rule is shown below. 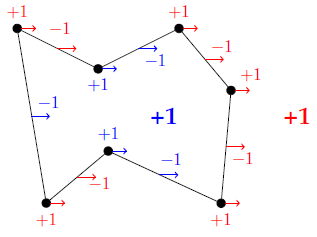 Figure 2: Discharging rule: each vertex and each edge gives all its charge to the face immediately to its right. Blue means that the charge goes to the inner face, red that it goes to the outer face.

You can try it yourself as a puzzle, what will the new charges of the vertices, the edges, and the faces become?

represent the total amount of vertices, edges, and faces in the graph respectively.

Combining these two results we obtain the equation

Back to the colors

To prove the Four-Color Theorem, the Discharging Method is used to find an unavoidable list of configurations. Computers were used in this step. It can also be carried without using computers, but it would take a full month to verify it, while it takes only a few minutes for a computer.

One of the smallest graphs in this list is the Birkhoff's Diamond, shown in the figure below. 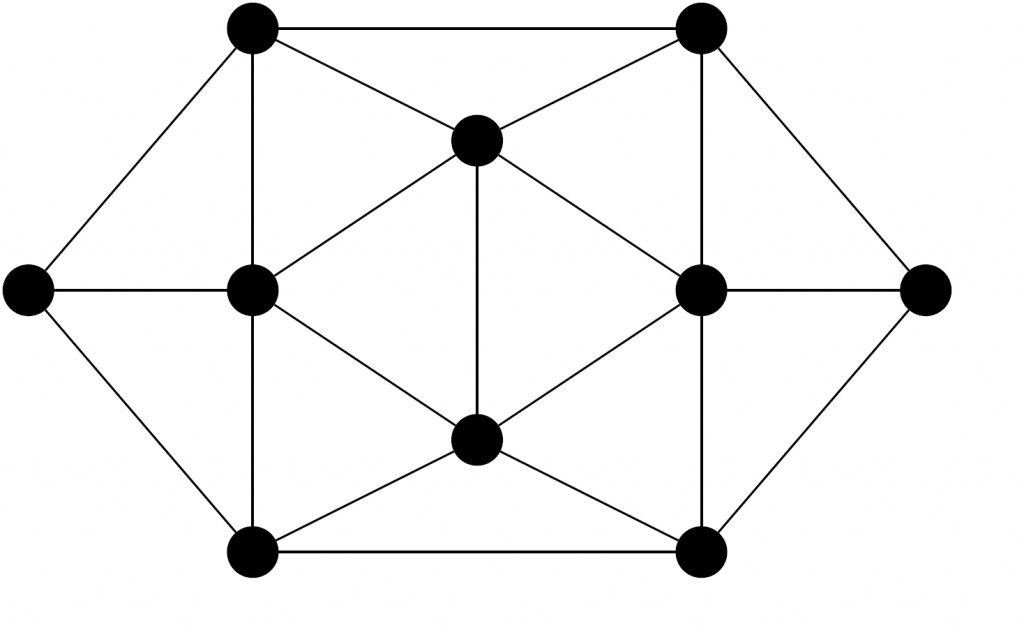 As a puzzle, you can show that Birkhoff's number has chromatic number equal to 4, i.e., to color all the vertices so that no adjacent vertices have the same color, you need 4 colors or more.

The Four-Color Theorem was the first major theorem to be proved by a computer. Therefore the proof was not accepted by all mathematicians, because it was practically impossible to check it by hand. Nowadays, there are more computer-assisted proofs in mathematics.

Also, the proof of the Four-Color Theorem is widely accepted, even though it still cannot be proven by hand. Maybe a more elegant argument will be found to prove it in the future. In any case, the persistence of the mathematicians who worked in proving this theorem is remarkable.