Why you may need to reconsider your route selection criterium

You have a job interview in 20 minutes and you are in a hurry to arrive at your application in time. To make matters even more stressful, there are many routes to your destination, but you have no idea which one to select. Luckily, you have access to a navigation system that can help you in your route selection process. After inserting your desired destination, your device prompts you to choose a route selection criterium. Surely, you tell your navigation system to select the fastest route. After all, it is the fastest route that is most likely to get you to your destination in time, right?

This may not always be the case. The travel time of your trip depends on many uncertain factors. For example, on your way to your job interview, you may get stuck in a traffic jam because of an accident, which will drastically increase your travel time. One could also think of smaller hindrances, such as having to wait for a bridge that is opening or repeatedly having to stop for red lights. Some routes will be more likely to cause delays than others. These routes bear a higher risk related to the travel time.

Since travel times are not fixed upon departure, it is important to realise that the fastest route suggested by your navigation system is only the fastest route in expectation. It may be the case that this route consists of roads that are likely to cause delays. As a result, the actual travel time corresponding to this route could be very uncertain. It is because of this uncertainty that the fastest route may not always be the most desirable route. Fortunately, there is a way to determine your most desirable route mathematically.

As a simple example, suppose there are only two possible routes to your job interview. Route 1 takes with certainty 20 minutes to traverse, whereas Route 2 has a shorter travel time of only 18 minutes. However, on Route 2, there is a 10% chance that you have to wait for an open bridge, causing a 4 minute delay. The probability distributions of these routes are shown in Figure 1. 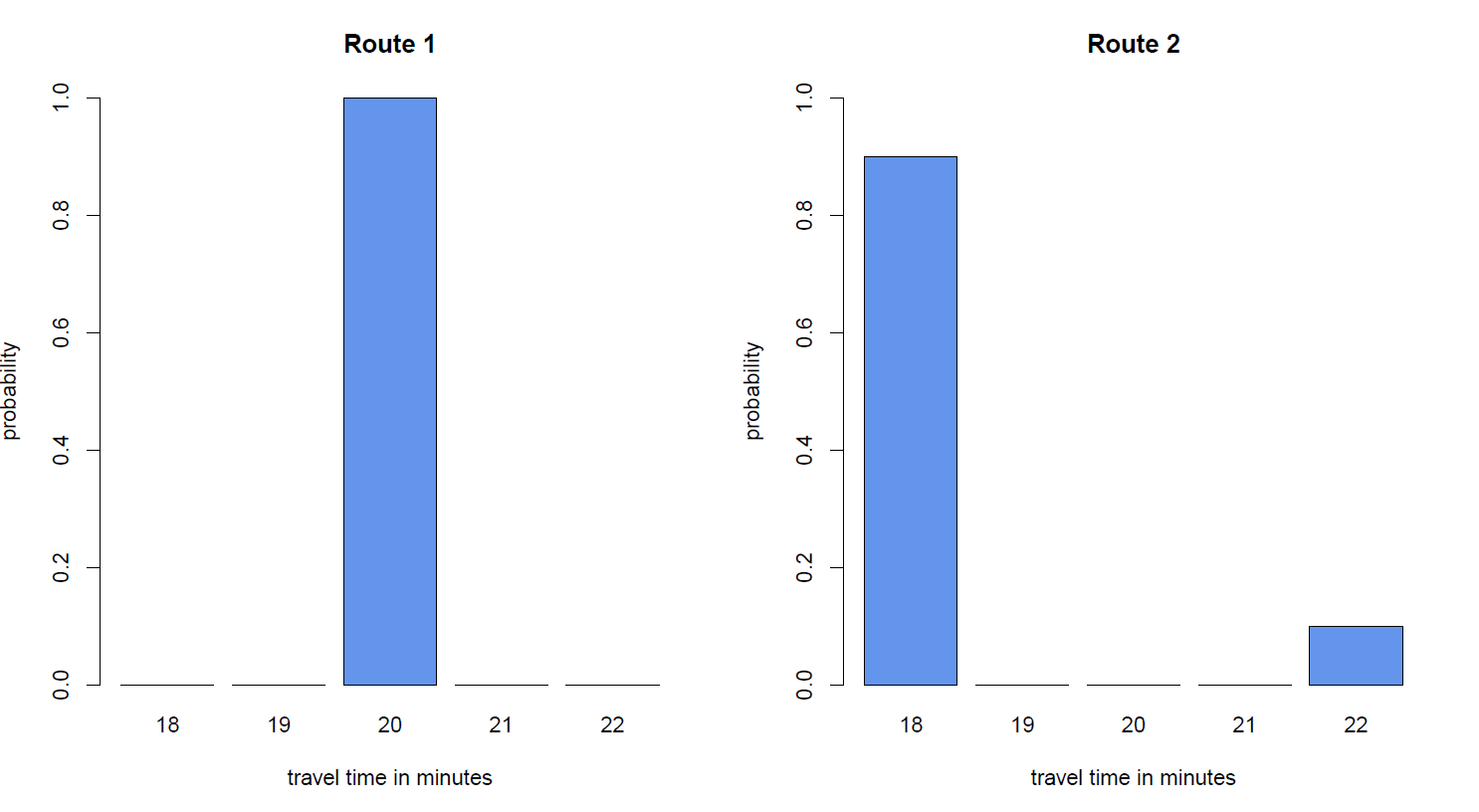 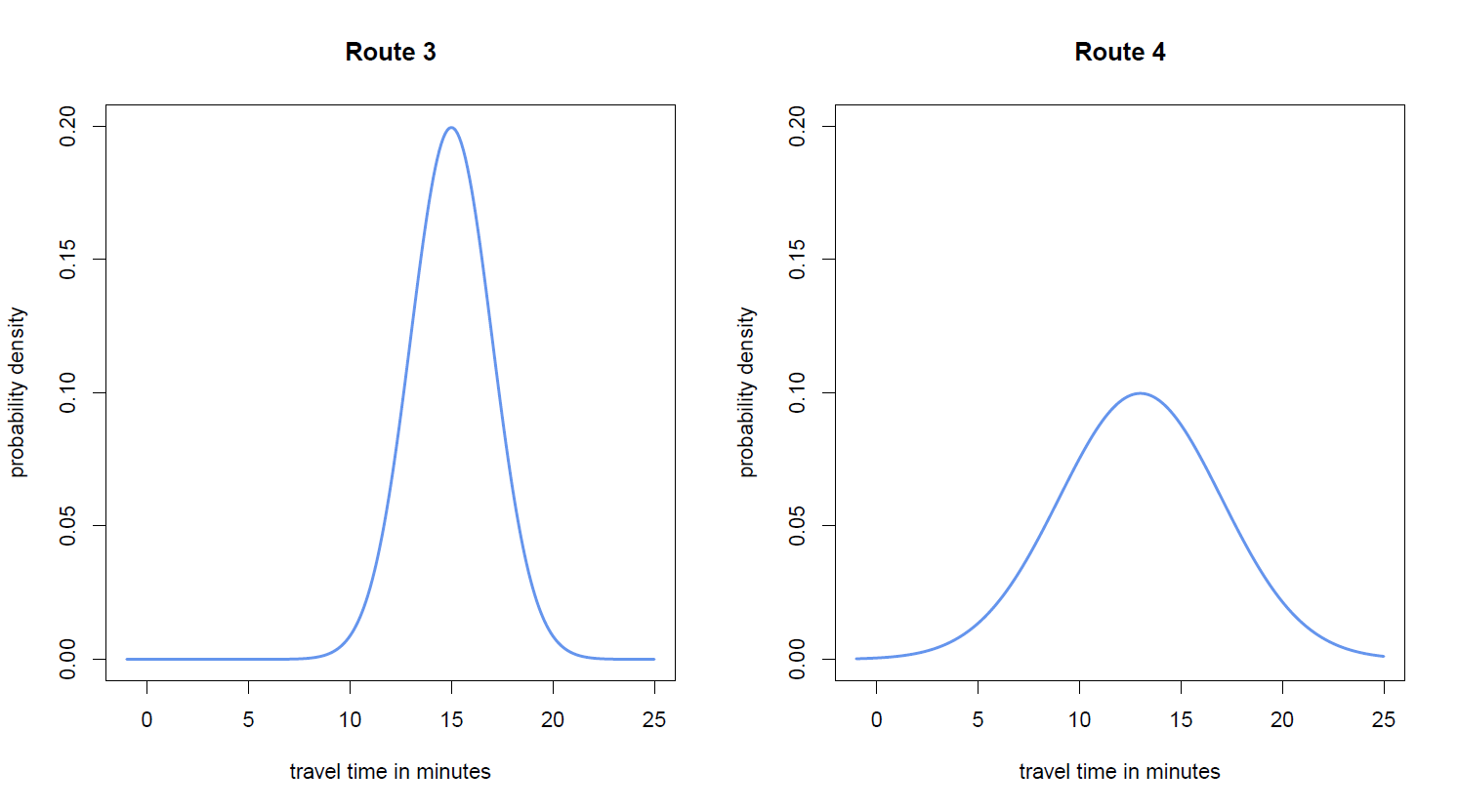 has a normal distribution with mean 12 and variance 16 (right).

. The probability density can be interpreted as the relative likelihood that the travel time is close to 17 minutes.

As an example, suppose you get to choose between two more routes for which the travel times have probability densities as in Figure 2, where the travel times of Route 3 and Route 4 are denoted by

. Since the probability density of

is centred around a lower value, Route 4 has a lower expected travel time compared to Route 3. Consequently, if you ask your navigation system for the fastest route, it will recommend Route 4.

denote the probability densities of

, then the probability that you arrive within 20 minutes at your job interview is given by

It is remarkable that Route 4 has a lower mean travel time compared to Route 3, but at the same time this route is more likely to take more than 20 minutes to traverse. You may want to verify yourself that we find the same phenomenon for Route 1 and Route 2 in Figure 1.

It turns out that if you want to maximise the probability of arriving at your job interview within 20 minutes, the expected fastest route, which is the route that will be suggested by a navigation system, is not your best option!

The featured image of this article is due to waldryano and is taken from Pixabay.