Geometry is a field that has been fascinating people since antiquity. The ancient Greeks considered geometry to be a sublime art and some of their philosophical views were inspired from geometry. Take for example the five Platonic solids, also called regular solids. The beauty of these geometric objects inspired Plato who associated each of the four elements of nature, fire, air, water and earth, to one of the regular solids. Much later, in the 16th century, the German astronomer Johannes Kepler attempted to relate the five extraterrestrial planets known at that time to the five Platonic solids. 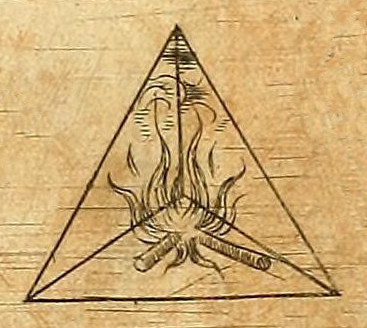 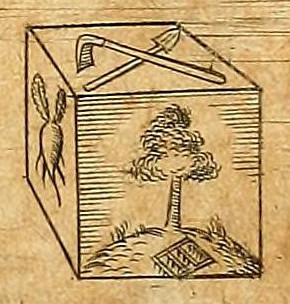 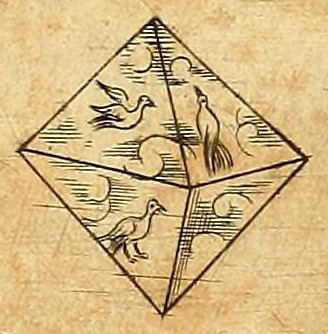 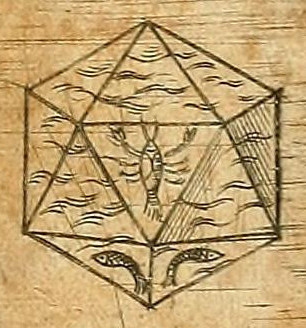 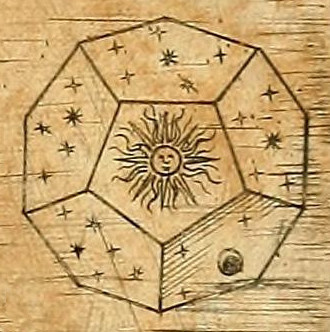 I always enjoyed geometry a lot, I still remember my first courses on Euclid’s geometry at school. Struggling with congruent triangles, circles and polygons, trying to understand the Pythagorean theorem and to compute the area and the volume of various geometric objects. There is though something that I learned much later by coincidence, and I very much would have liked to have seen it earlier. It is a result from geometry, called Euler’s polyhedron formula, about geometric objects on the plane and in space. It is a mathematical equation that relates the number of faces, denoted by F, the number of edges, denoted by E, and the number of points, denoted by P, of a polygon or a polyhedron. Euler’s polyhedron formula in some sense shows that most of the geometric objects around us share a common characteristic. Let us see how it works.

In a triangle for example, there are three points, three edges and one face. By a face we call an area included within edges. Hence we have 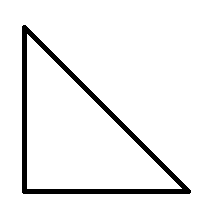 In a square there are four points, four edges and one face. Hence we have 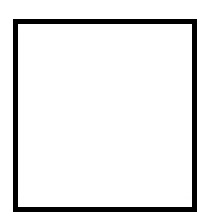 What will happen if we change the shape a little bit? Suppose for example that we draw the diagonal in the square. 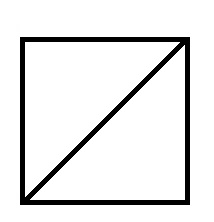 Let us give it one more try by drawing also the second diagonal.

We see that in this case the two diagonals intersect, which means that a new point is created. Hence we have 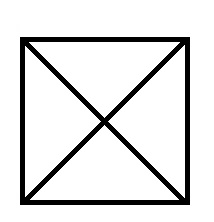 We see that it is important to consider a new point when two edges intersect. When this happens these two edges will be divided into two new edges. If we allow edges to intersect without considering the intersection as a new point then we will of course obtain something different than one in the equation. 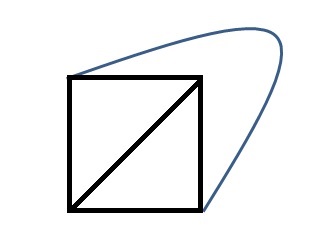 You probably see where this story is going, in the beginning of the post I talked about a mathematical equation that relates the number of faces, the number of edges and the number of points of some geometrical objects. This equation states that in any planar shape, where intersections of edges are considered as points, it always holds that

We can also formulate this mathematical theorem about planar shapes in words.

Amazingly enough we can also formulate a similar result for three dimensional geometrical objects, called polyhedra, with the difference that the number coming out is 2 instead of 1. For a polyhedron, as long as there are no holes in it, it always holds that

Some examples are given below, we let you do the computations as an exercise. 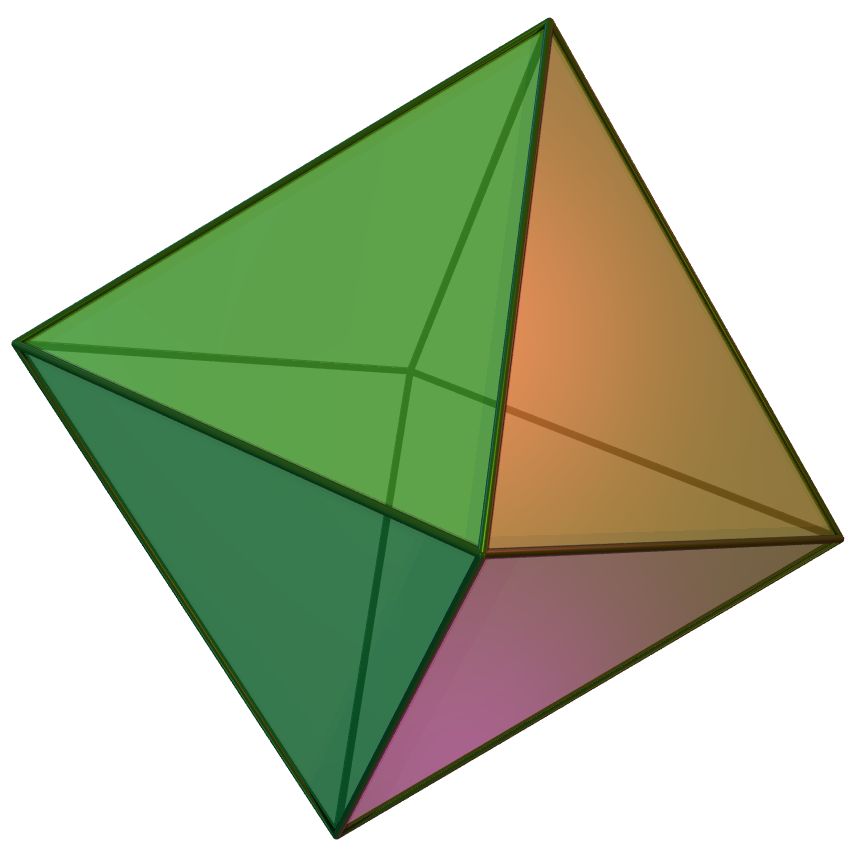 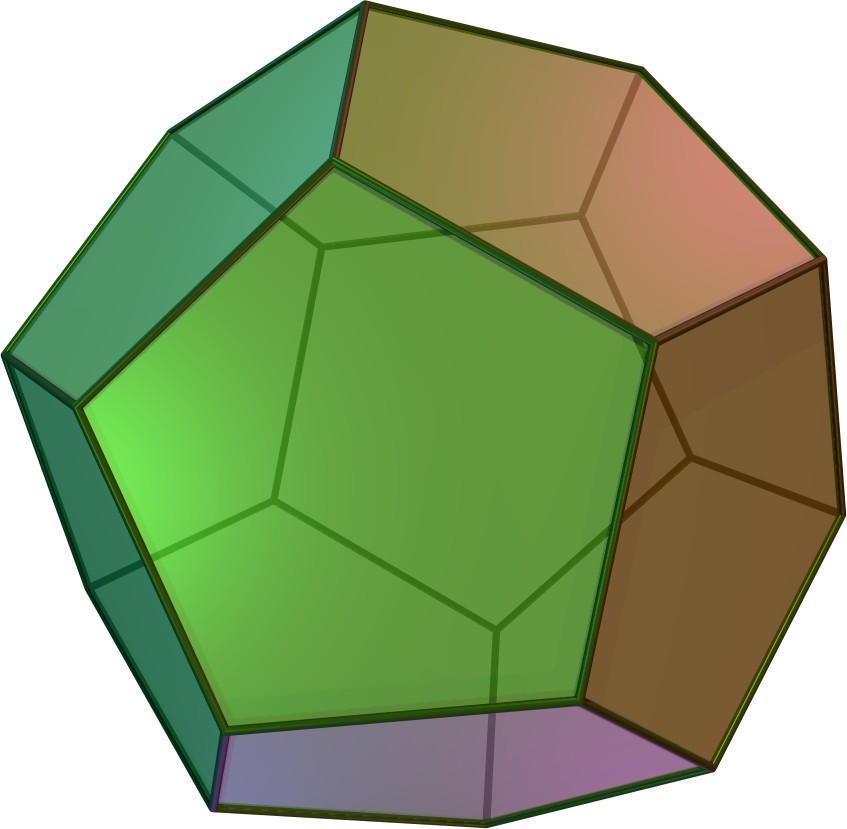 From geometry to graphs and back

I mentioned above that in polyhedra it holds that

We have verified this formula for some polyhedra but how can we be sure that it holds for ALL of them? In order to show that it holds for all polyhedra (without holes) we need a argument that holds for all polyhedra. This will prove this statement. There are many possible ways to argue that Euler’s formula is true, one argument that I personally find very appealing makes use of graphs. It was the French mathematician Augustin-Louis Cauchy who came up with this proof in 1811. It relies on the beautiful idea that a polyhedron can be projected on the plane as a graph, this projection is called the Schlegel diagram. The important characteristic is that the resulting graph has the same number of points and edges as the polyhedron but has one face less. Hence Euler’s formula for polyhedra will be proved if we can equivalently prove that graphs on the plane satisfy the formula

In the Schlegel diagram the number of faces is reduced by one, that is why the equation is equal to one for planar graphs instead of two as it was for polyhedra.

In my next blog post I will talk about Euler’s formula again, but from a different perspective. Last summer I participated in a summer mathematics camp in Ghana, where I prepared two sessions on this topic. While this blog post approaches the question from a theoretical perspective during these sessions we constructed geometric objects and counted. The conclusion of the sessions was that Euler’s formula is more than a theoretical math formula, it is a property of many geometric objects that surround us.

The featured photo is from Raul Cacho Oses from Unsplash.