The seed bank, a hidden storage of genetic diversity 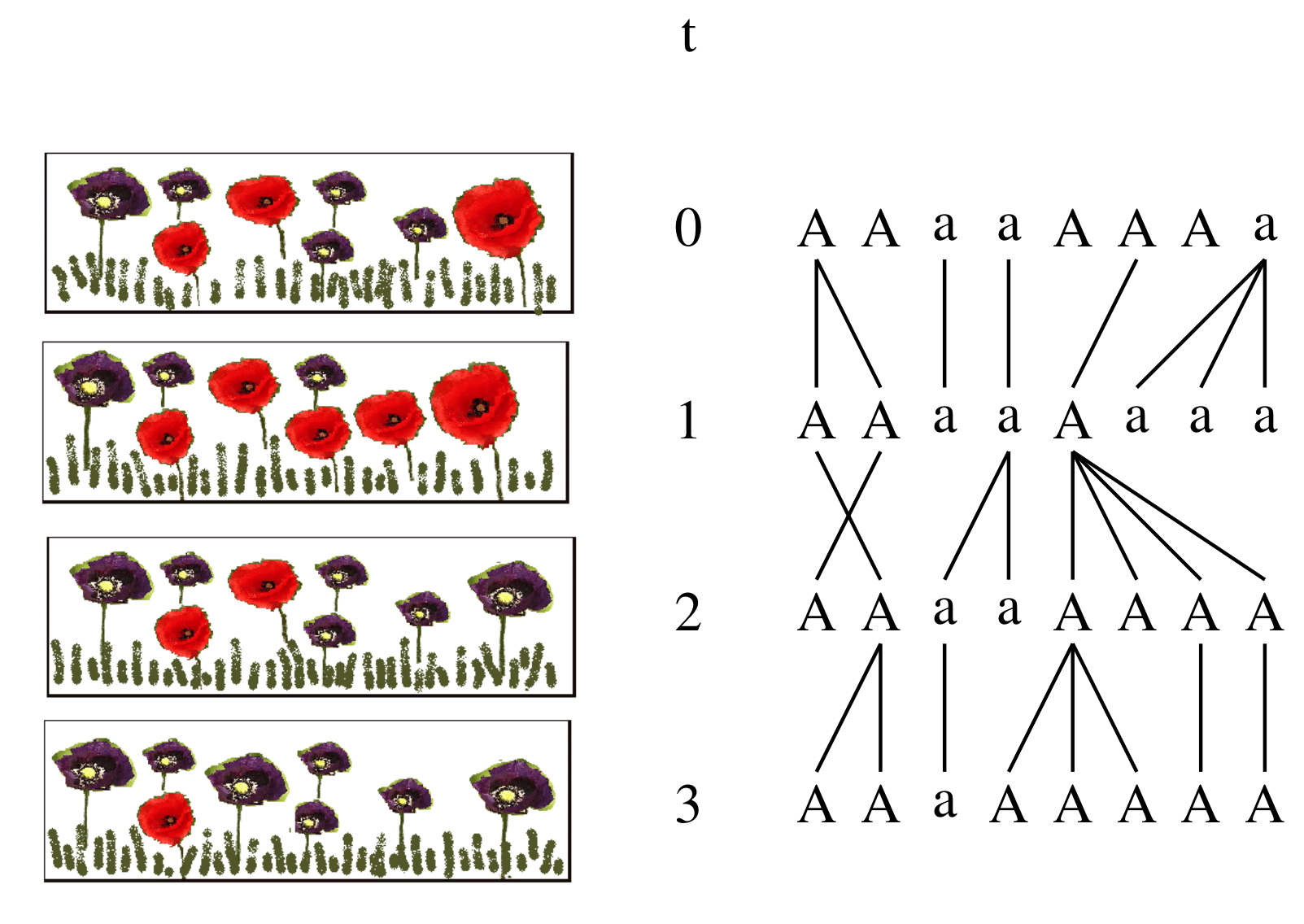 The figure above shows a possible scenario for the evolution of our meadow. The letter t indicates the year. On the right we have described the corresponding outcome in the Wright-Fisher model. The black lines denote the parents of the poppies. So the two purple poppies on the left in year 1 both descend from the most left purple poppy in year 0.

In the press release of Leiden University, written by Dorine Schenk, we read:

"Each year, poppies disperse seeds that grow into a new generation of flowers. Sometimes, some of the seeds postpone their germination for a few years, for example when they’re covered by a layer of sand. Only when the sand disappears, do they start to sprout.

This principle, in which poppy seeds are dormant and do not reproduce, is an example of a natural seed bank. After a few years, the seeds can ‘wake up’ and join the active population of poppies again. In addition to plants, the seed bank phenomenon also occurs in bacteria. When conditions are unfavourable, for example when there is little food, they can change into so-called endospores - a dormant state in which they can survive extreme conditions. They can remain endospores for years until conditions improve and they transform back into bacteria.

During her PhD research at the Mathematisch Instituut, Margriet and her supervisors Frank den Hollander (UL) and Andreas Greven (Friedrich-Alexander Universität Erlangen Nürnberg) used a mathematical model to study the effect of a seed bank on diversity in a population of plants or bacteria. It turns out that the seed bank phenomenon increases the genetic diversity of a population and can even prevent the loss of diversity."

If you want to read further about Margriet's research you can have a look at this article she wrote for the NetworkPages.