Imaginary: From Tweets to Communication Networks

Mathematics exhibition "IMAGINARY: beauty and power of mathematics" is ready to leave Utrecht and go to Enschede!

In the exhibition, you can also see four posters on networks and algorithms! These were made in collaboration with various people. One of these posters is about Communication Networks. This poster was made by Anna Priante from the Rotterdam School of Management.

The poster can be seen below. Below the poster in English, you can read more details about this modern line of research. 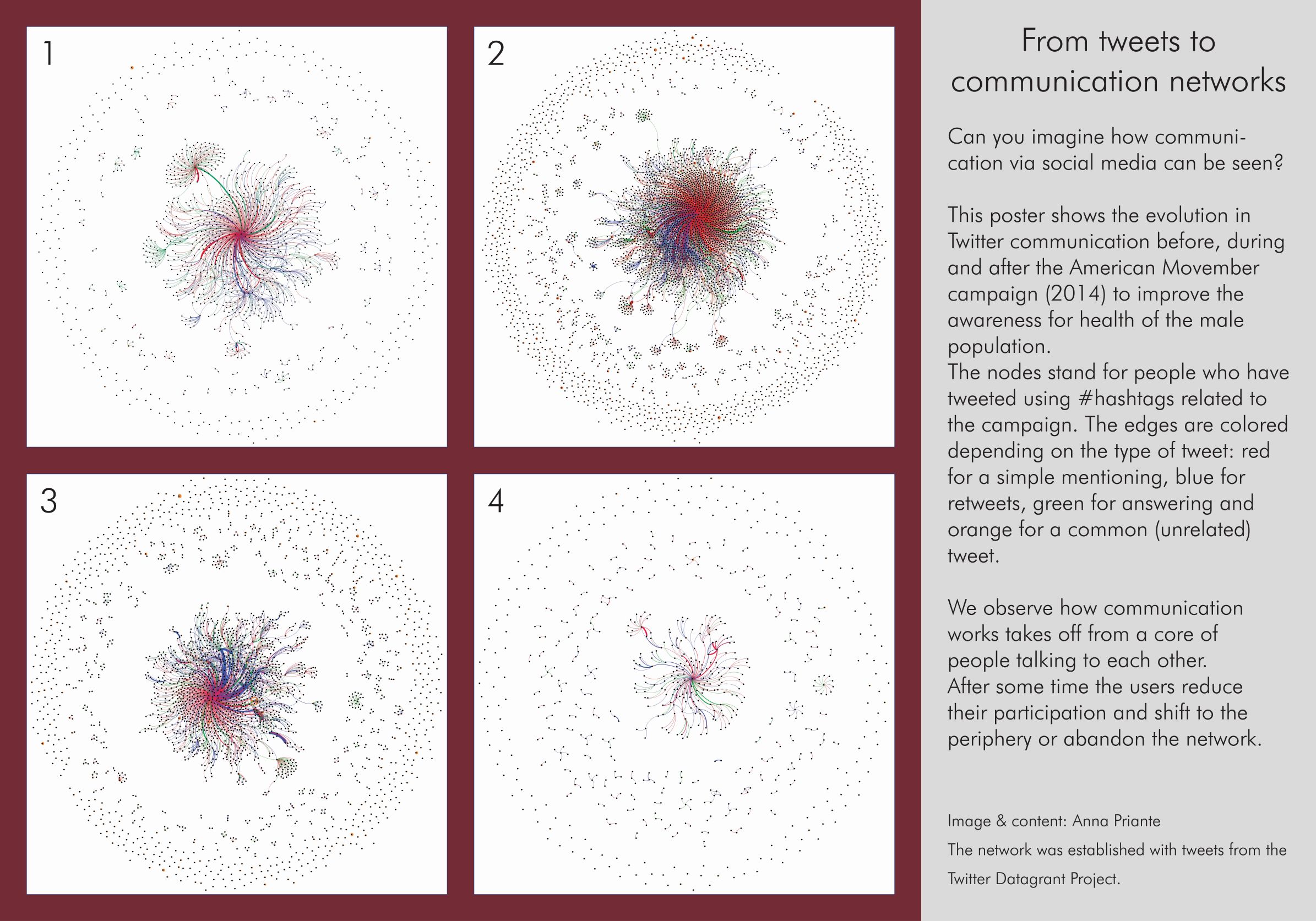 From tweets to communication networks

Network visualizations have the power to display how we communicate with each other in social media. We can simply depict message exchanges using communication networks. In such a network, nodes represent users, and there exists an edge between two nodes when the corresponding users exchange information (an email or a tweet).

In this poster, network visualizations showcase the evolution of communication between Twitter users before, during and after the 2014 US Movember health campaign organized by the Movember Foundation, a social movement organization that raises awareness of prostate and testicular cancer.  Those visualizations unravel interesting dynamics, showing that communication is centered around a core of nodes that mostly converse with each other. Over time, this structure is maintained yet, as the campaign unfolds, people decrease their active participation, and move to the periphery of the network or even leave the network.

The networks shown were created using tweets provided by the Twitter Datagrant Project (University of Twente). Each visualization represents a specific phase of the campaign, namely,

Nodes represent the people who tweeted using #hashtags (i.e., markers of content) related to the campaign. Edges have different colors depending on the type of tweet that was exchanged: red for mentions, blue for retweets, green for replies and orange for regular tweets.

NETWORKS has collaborated with four more scientists to make posters about their research for IMAGINARY. The three other posters concern the following topics:

If you want to see the posters, then pick a day and go to the exhibition. If you can't wait until the exhibition comes to your city, you can combine the visit with a day trip to Utrecht!