A mathematical overview of 2022!

Network Pages January 13, 2023Blog, General blogs
First of all, best wishes for the new year. After a two-week break, we are back to enrich your days with new mathematical stories.

Before we start with the new stories let's collect some memorable moments for mathematics from last year, both on a global level and also within the Networks program!

On March 22nd, the Abel Prize was awarded to Dennis Parnell Sullivan “for his groundbreaking contributions to topology in its broadest sense, and in particular, its algebraic, geometric and dynamical aspects”.

You can also have a look at this short article for some further suggestions.

NETWORKS is also present at IMAGINARY! We collaborated with scientists from different fields related to networks, with the goal to make four posters showing modern applications and research in networks! The fours posters concern the following topics: 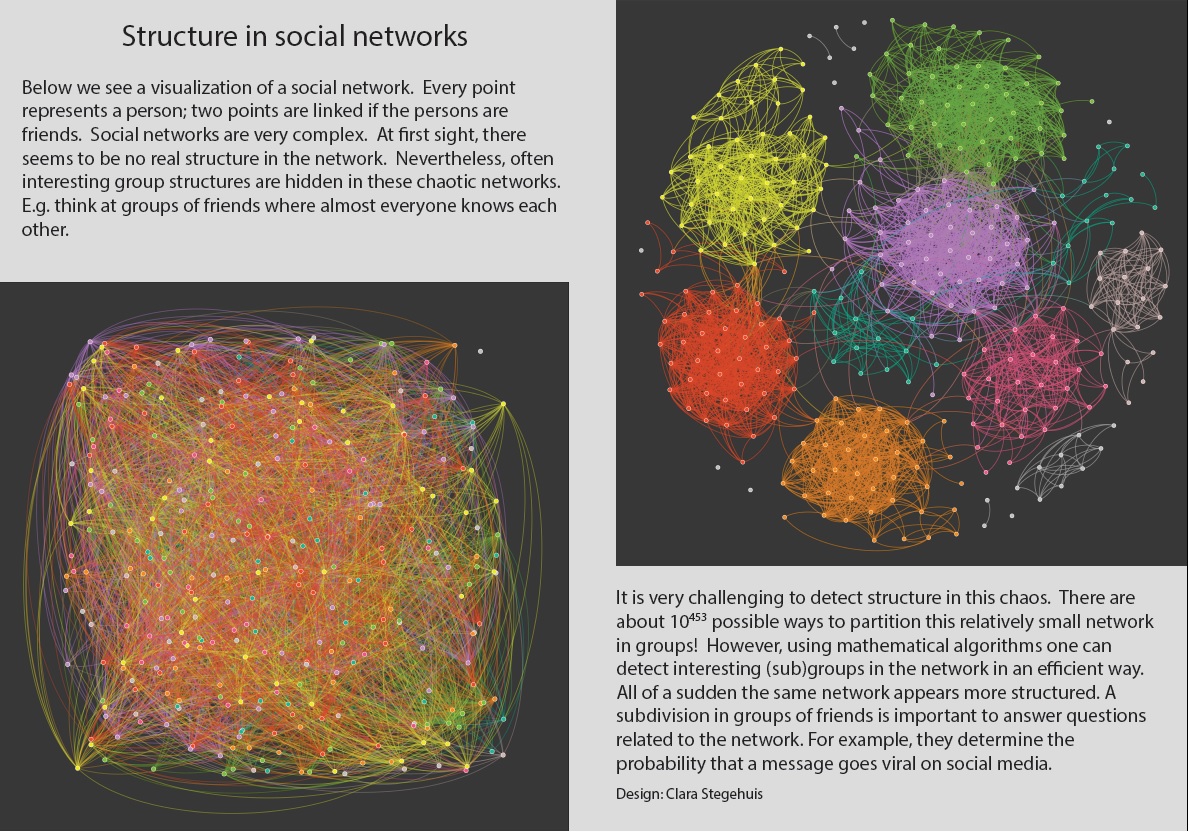 And some more personal stories from 2022.

Since 2019 the NETWORKS program has been offering a workshop on popular science writing together with Analytic Storytelling. Twelve mathematicians doing research within NETWORKS participate every year. During the workshop, they receive guidance on writing an article for the Network Pages on a topic related to networks, algorithms, probabilities, applications of mathematics, or whatever intrigues them. Since the workshop has been very successful we will also offer three workshops in 2023!

Diletta Martinelli wrote about her mathematical journey to Pakistan and Ghana, and on the 12th of May about Maryam Mirzakhani, the first woman to win the Fields Medal. Michel Mandjes wrote in his blog about the first NETWORKS meetings that were fully in person and how important it is in science to be in contact with other scientists. In a second blog, he wrote about the role of mathematics and networks in finance and systemic risk.

Since March, Martijn Gösgens, PhD student at the Eindhoven University of Technology and member of NETWORKS, is one of the 12 new Faces of Science. As a member of Faces of Science Martijn has a blog where he regularly posts short articles (in Dutch). With his blog, Martijn wants to give a glimpse into his everyday life and research as a young scientist. In his blog, you can read his articles and also watch a video about his research. Martijn has also developed a network variant of the classic game Minesweeper, called NetSweeper.The game is described in this blog and it can be played here. 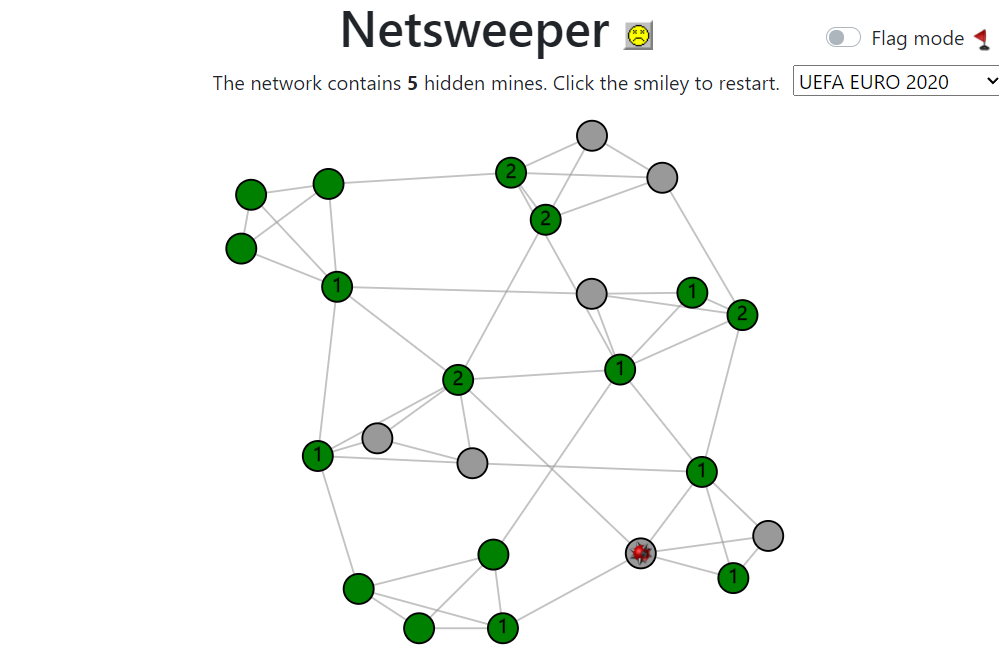 In 2022 we also published articles on various topics, for the articles from before the summer you can have a look at the reference list below. After the summer we published two articles on how to decide which node is the most important in a network. The first step is to formulate clearly what we mean by "important" since various interpretations can be given to this word. In both articles, the concept of an eigenvalue plays an important role! Want to learn about eigenvalues, how mathematicians give a concrete meaning to important, and how this all comes together in networks? Then have a look at Anne's and Nandan's articles! 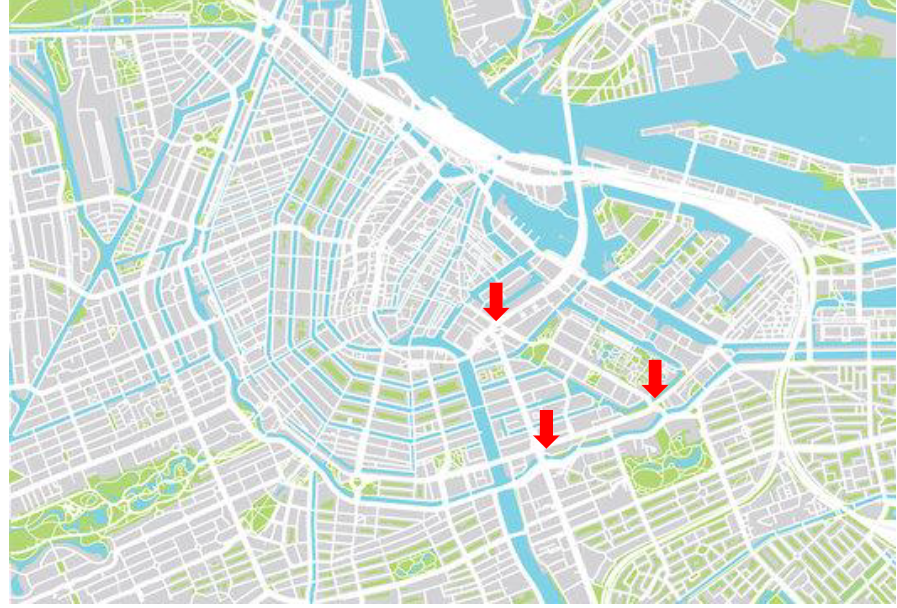 To wander in a different direction, next to making concepts as concrete as possible (as above with importance), mathematicians also love to zoom out now and then and try to find connections between seemingly different phenomena. This is what Federico did in his article, he shows how he as a mathematician sees similarities between how particles interact in material and how opinions spread among people. In his article, he shows these similarities by explaining how the Voter Model works!

Before the Christmas break, we also published two articles (Part 1 and Part 2) on colourings of graphs. In these articles, Leonidas explains what graph colourings are, how these can be applied in solving practical problems and, as a cherry on the cake, discusses an open problem in mathematics, namely, the what is the colouring number of the unit distance graph of the plane. He presents two elegant arguments to prove that this colouring number is between 4 and 7! Some time ago it was proven that it cannot be equal to 4, is it 5, 6, or 7? 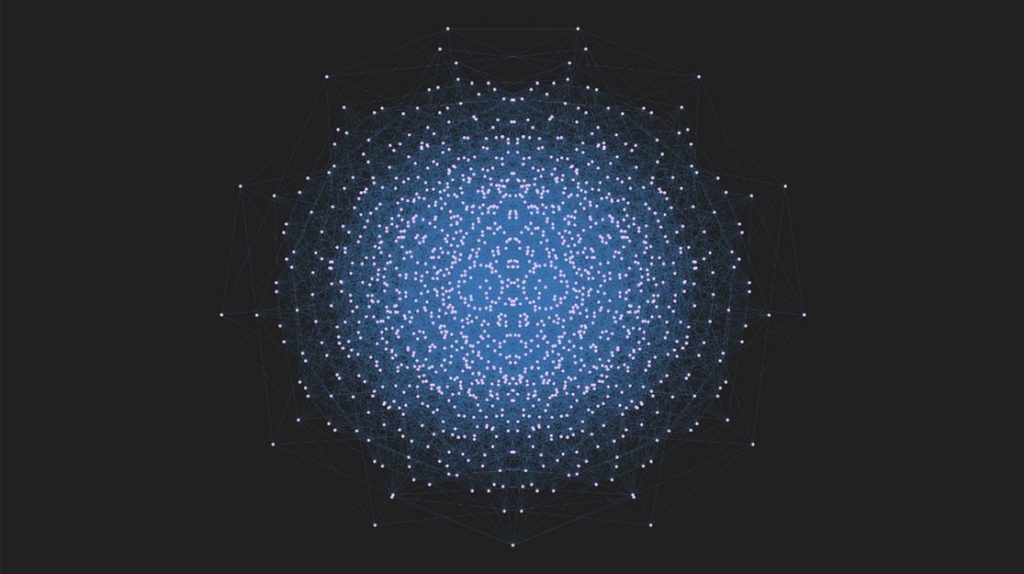 We also published a series of articles concerning networks and algorithms, or technology in general. Roshan opened the period after the summer with his article on how mathematics can help with optimal routes for package deliveries. Moreover, Anna wrote about her research on communication networks and how these can help fundraising in the no-profit sector! Her research was inspired by the Movember movement.

Have you ever participated in a tournament and had the feeling that there was some unfairness in how the schedules of the matches were made? Roel explains in his article how some teams during the Volleyball Nations Leagues 2018 may have been (dis)favored by the schedule of the matches. And how mathematical techniques yield a schedule which would have been fairer! 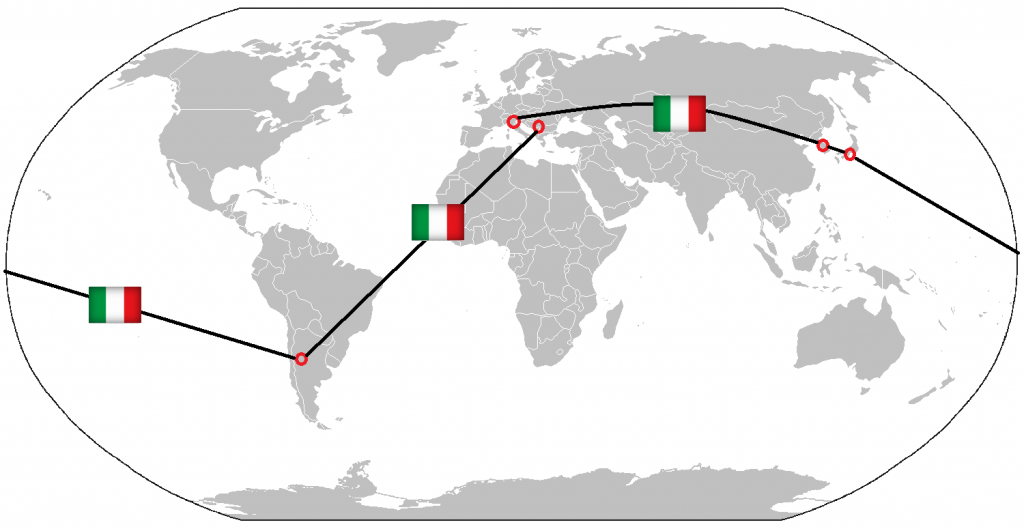 And last but definitely not least, what do you think? Can algorithms learn to price collusively? In his article, Janusz shares some ideas on this topic and discusses some results from his research showing what algorithms can do when deployed in such a setting!

Enjoy the articles you have missed! After a well-deserved break, the editorial team is back to provide you with new articles, new ideas, new writing techniques, and a lot of new experiences and mathematics!